We were called in for this project after the construction in this building was finished. The remodel inside require almost all of the windows in the building to be insulated and sheet rocked over. The remodel left a view through the windows of the insulation. We installed blackout film on the outside of the windows to completely block this view.  If we would have been called before the remodel started I would have suggested a dark 10% film be installed on the inside. This would have accomplished the same goal with the added benefit of a high heat rejection. Plus film installed on the inside of the glass is less likely to get damaged and exterior installations of most films voids warranties. 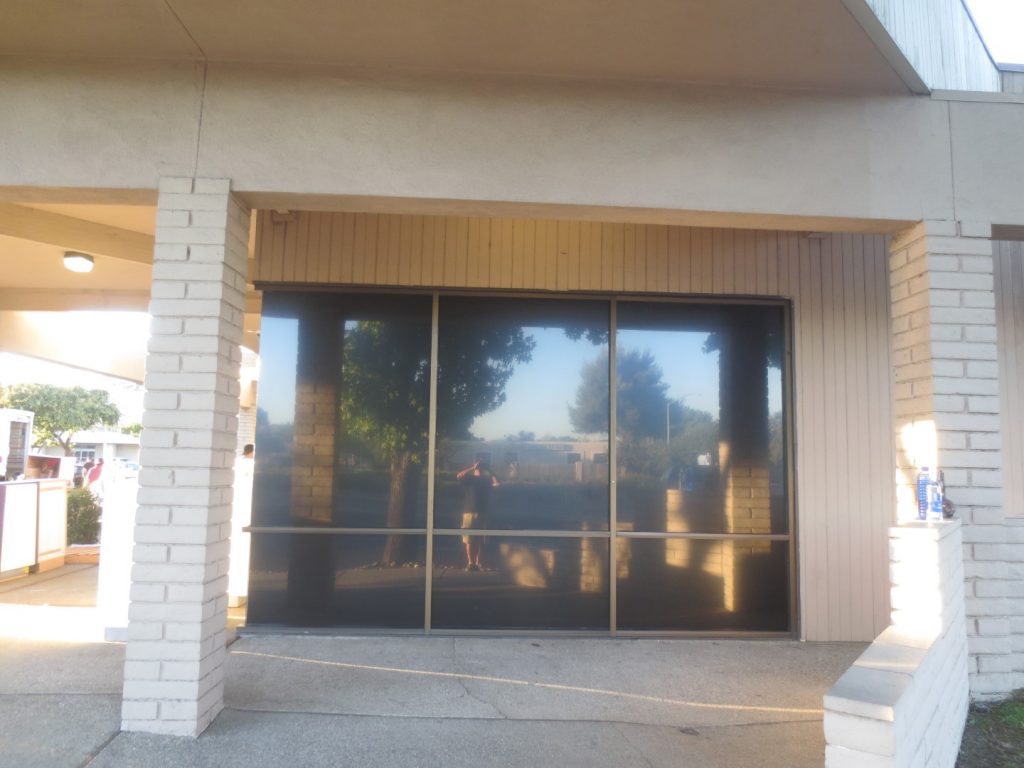 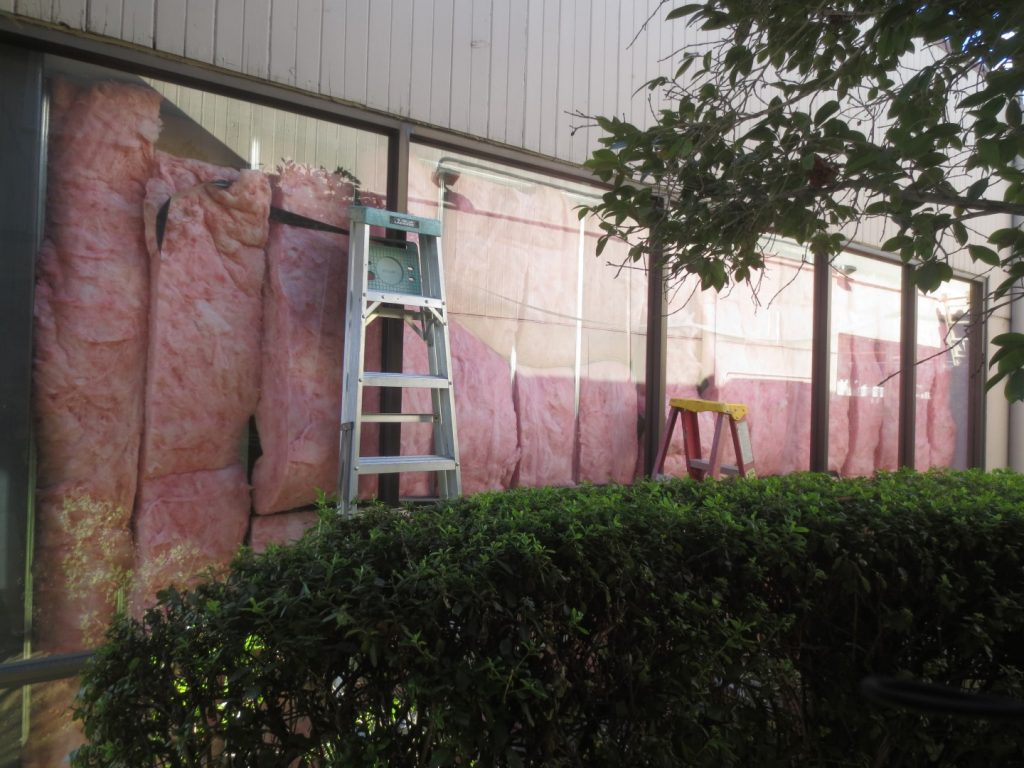 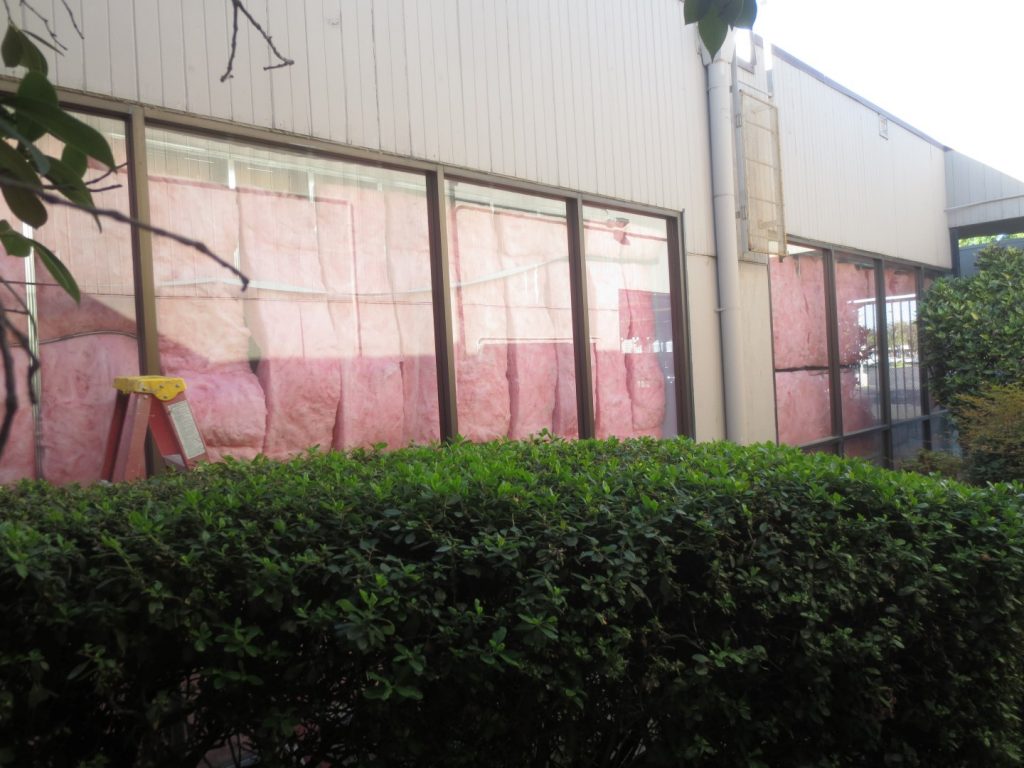 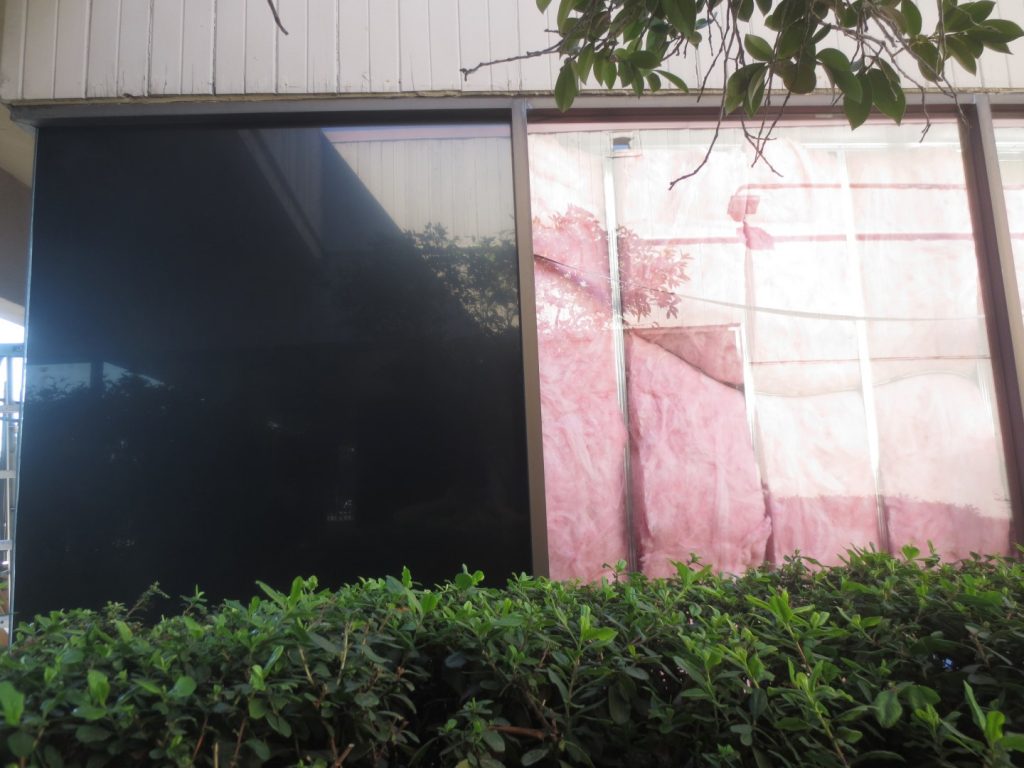 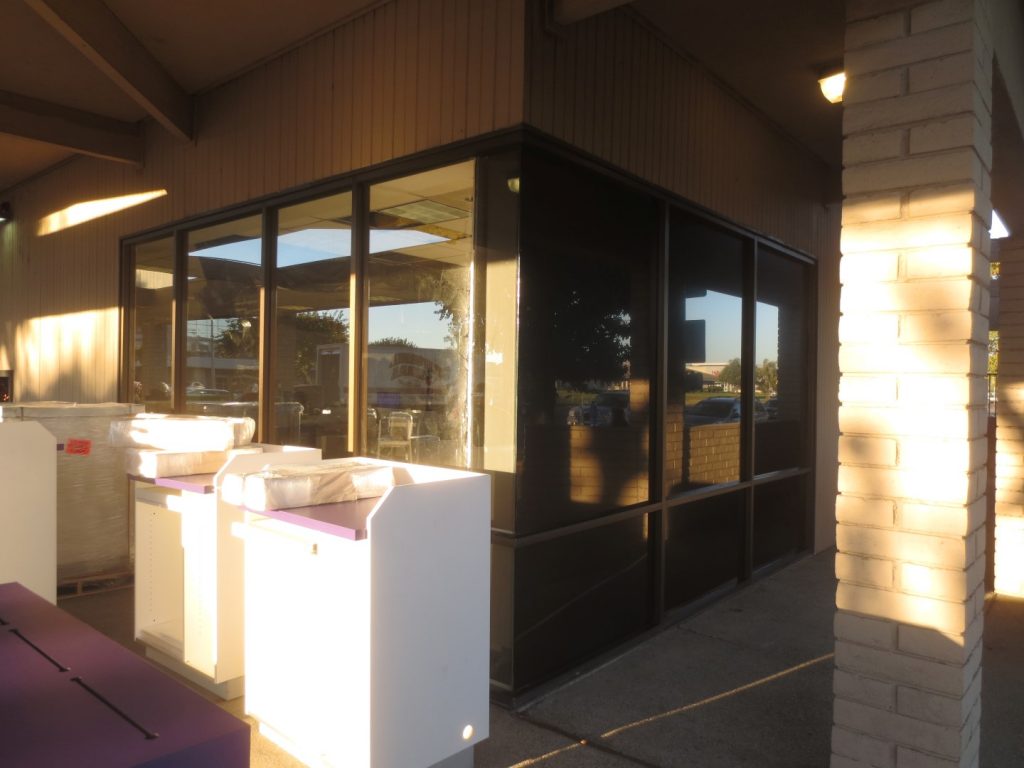 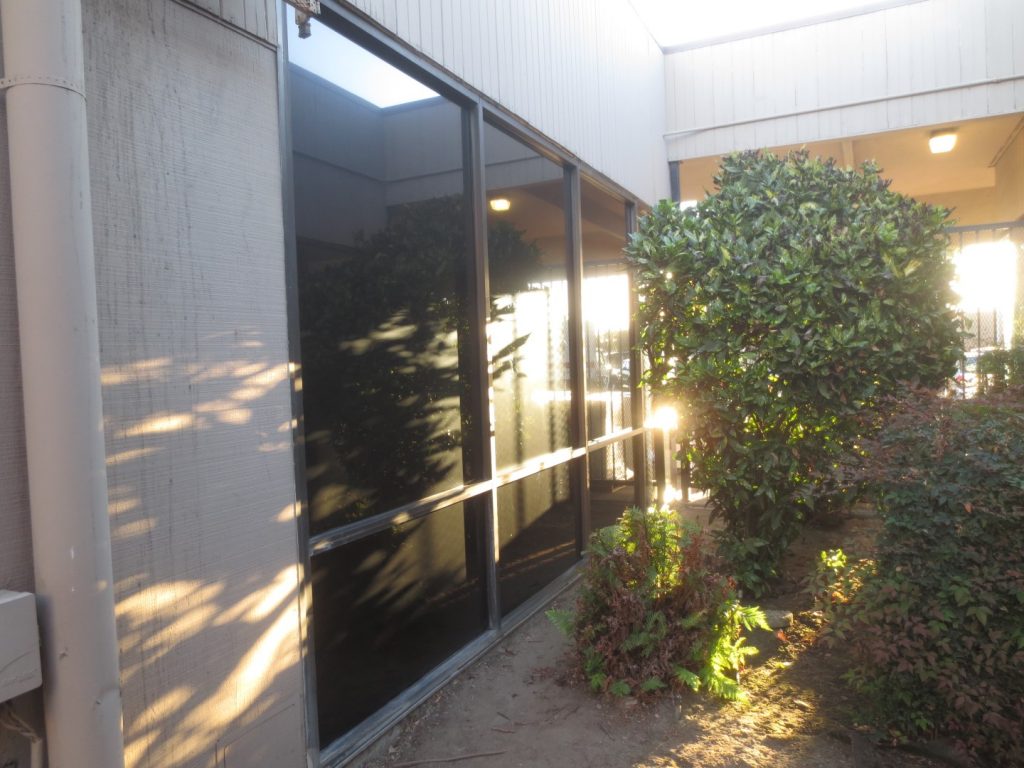 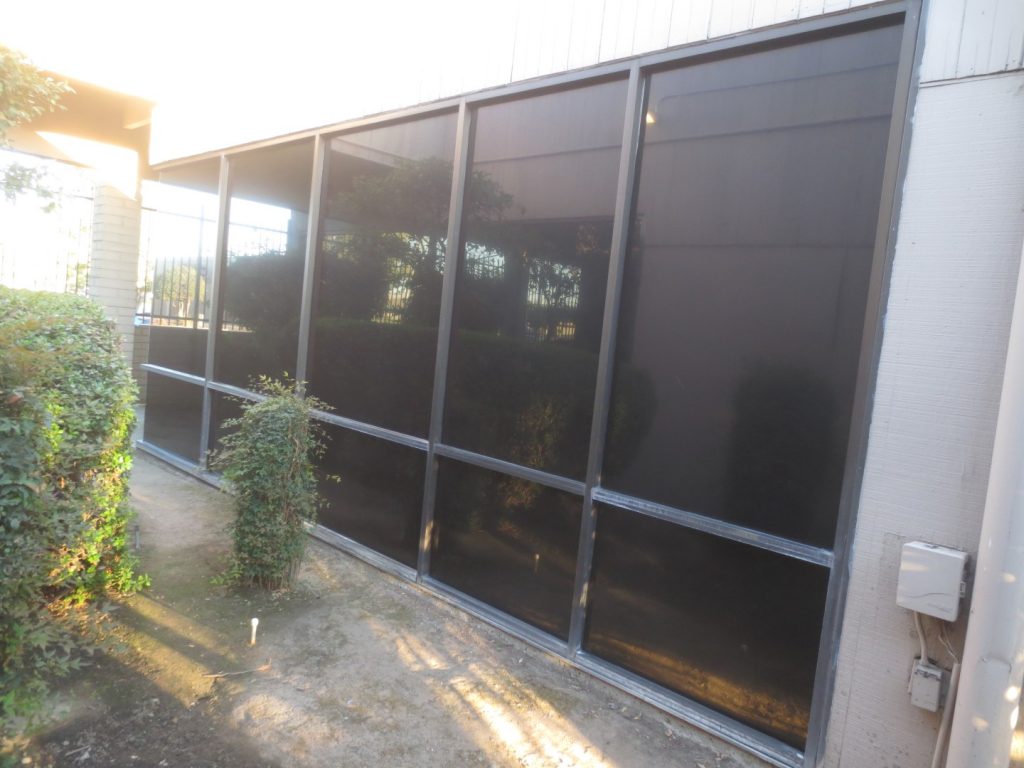 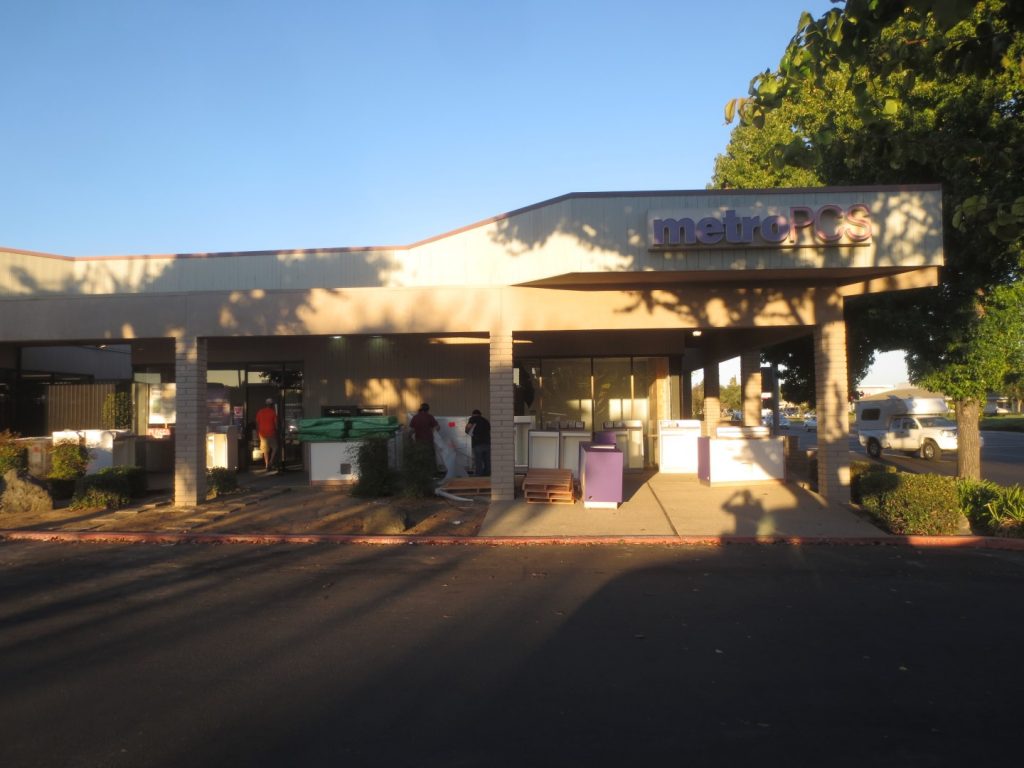 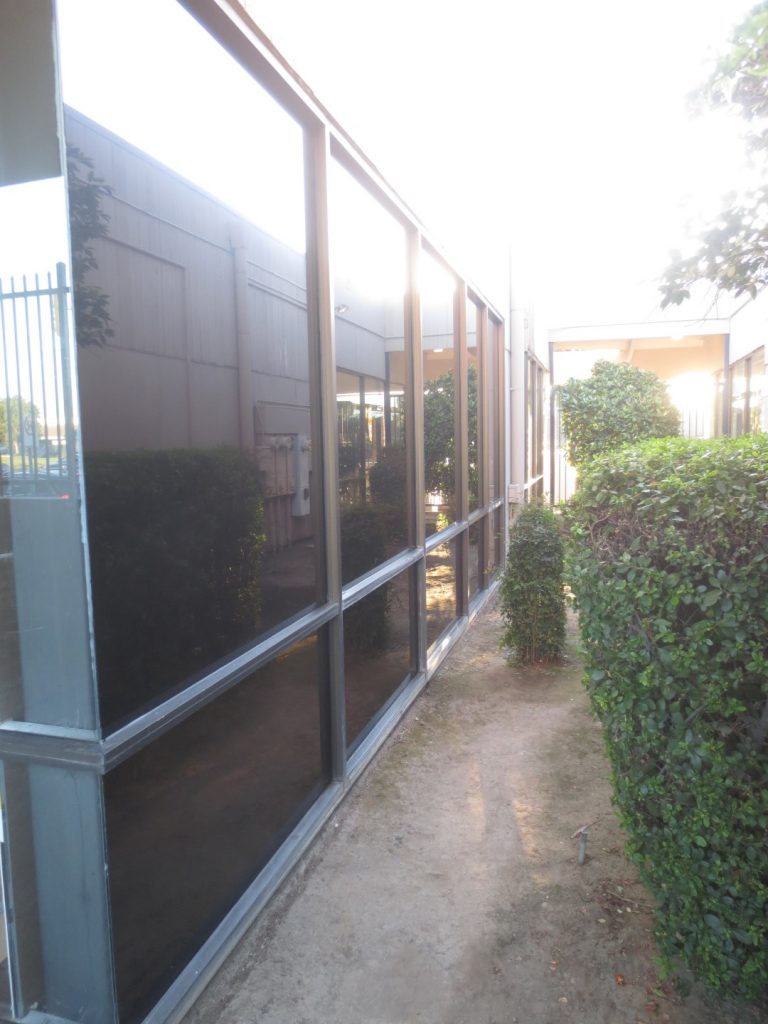 Although this job required it, we do not recommend installing films like this on the exterior of buildings.